Click here to see what we've been learning in No Outsiders 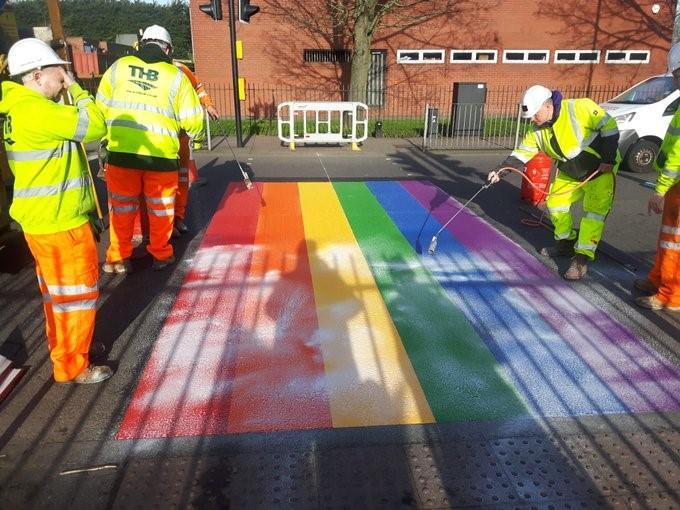 A High School in London has become the first school in the UK to install a rainbow crossing. This photo appeared on the Haringey council twitter page with the message:
"@WoodsideHigh children and staff have shown how committed they are to diversity, equality and inclusion today by becoming the first school in the country with a LGBT road crossing. That's something we should all celebrate #Iamharingey"

People were quick to respond on twitter, one person writing, "Equality and inclusion don't just happen, these are values we have to fight for and defend. But this is historic." 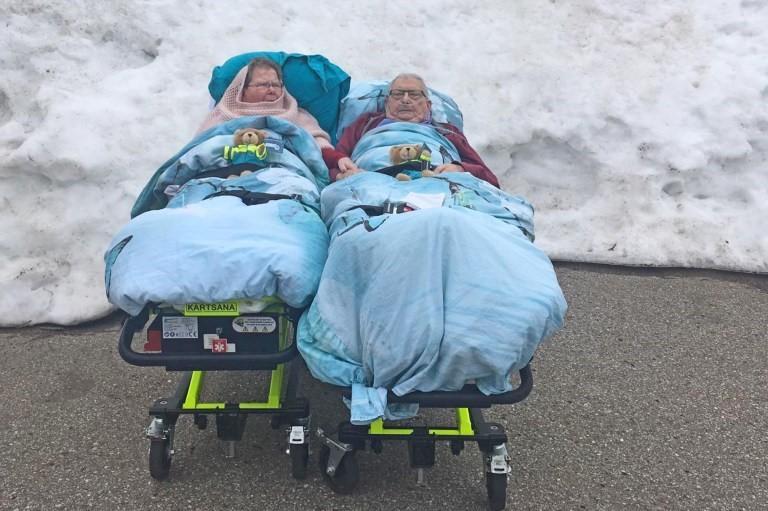 Kees Veldboer is a nurse who lives in The Netherlands. He has bought ambulances to help people who are terminally ill enjoy a final wish; many people who are dying have one last thing they want to do, but are  unable to, because they are in a stretcher or a bed. He came up with the idea one day when he was transferring a man between hospitals. There was a delay and Kees asked the patient if there was anywhere he would like to go because they had some waiting time. The man asked if he could visit Rotterdam Harbour one last time. Kees took him to his favourite harbour and even managed to get the patient on to a sailing boat for one last trip on his stretcher.

The photo shows two patients who wanted to see snow one more time.

Kees says, "It's nice to see them happy. For us it's something easy to do but for them it's something so special. We have driven people for miles, even to other countries, and taken them to some really amazing places."
Kees relies on 270 volunteers to help him run the ambulances. He says, "We know we cannot make them better but we give them so much joy in their last days and it's special." 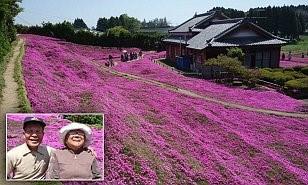 Toshiyuki Kuroki and Yasuko were married for 30 years when Yasuko began to lose her sight. She became depressed and stopped going out of the house, afraid to meet people. Toshiyuki wanted to think of a way to make his wife happy again so he worked for 10 years on a beautiful garden surrounding his house, so that people would come and visit, enjoy the garden and meet Yasuko.

Toshiyuki planted thousands of bright pink flowers around his house and thousands of visitors come to his house every year to enjoy the garden, the beautiful colour and scent, and to say hello to Yasuko. It is not only the flowers that have become famous; people want to meet Toshiyuki and Yasuko and listen to their love story. Yasuko talks to all the visitors, although she can't see them, to tell them about her story. Meeting new people every day has made Yasuko happy again and she loves the smell of the flowers surrounding her house. 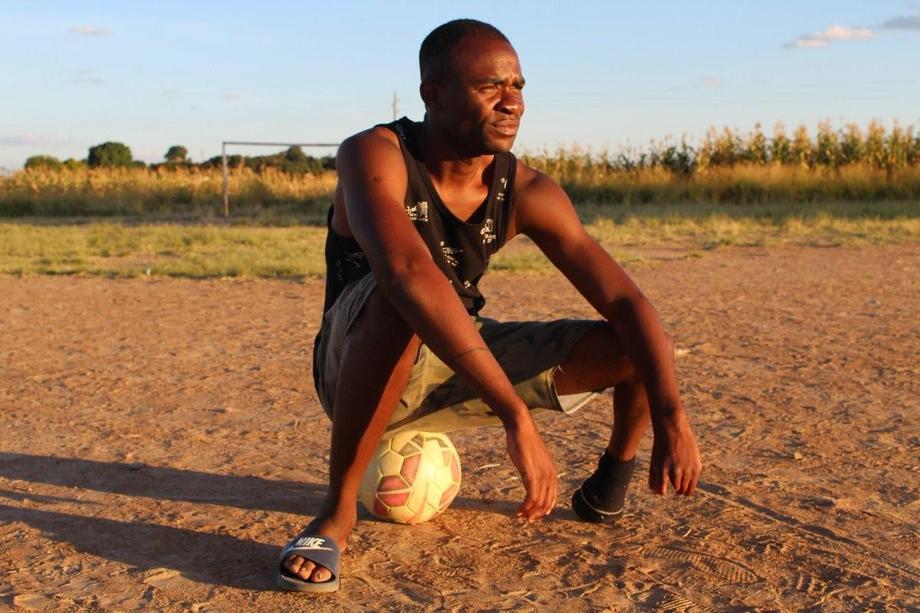 Kuda was born without his left foot. He says children used to laugh at him saying, "He doesn't have a leg!" but then he says he realised, "Being disabled doesn't mean you don't have anything to do in life." Today Kuda is the first disabled person to play for Zimbabwe's Homeless Football Team.

Kuda says, "I can do everything; run, jumping, somersaults. I just feel normal."

But as a young player Kuda was turned away from many junior football clubs and today he struggles to find work as people say he can't do things. he says, "I am a person, I am a human being."

He competed to play for the Homeless football team and was chosen from over 1000 players to compete in the Homeless World Cup in Cardiff last year. Now he wants to be a role model and open a disabled sports school in Zimbabwe. He says his Mum was his inspiration; when he was younger she used to tell him, "Go and face those challenges, you'll be strong one day."

Today Kuda has a message to those living with disabilities; "Believe in yourself, guys. God is for everyone, the able bodied and the disabled so keep on believing." 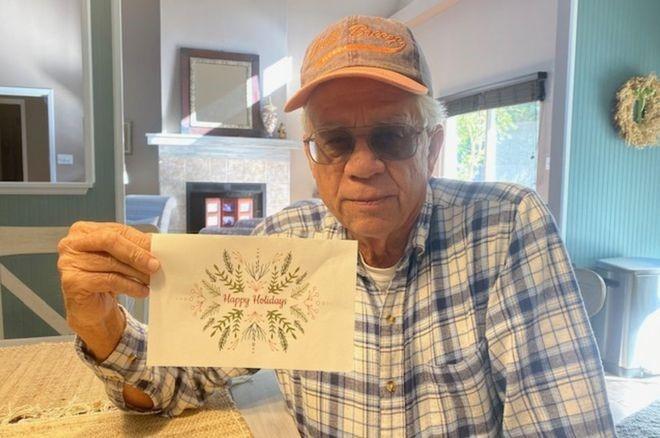 When paying his latest gas and water bill, 73 year old Michael Esmond noticed the bill said supplies would be cut off if not paid by December 26th. Michael realised this might mean some families who were struggling to afford their bills might spend the holiday without electricity or gas. So he decided to pay bills for them.

Michael contacted the city of Gulf Breeze Florida, where he lives, and asked how many families were overdue with payments. He then paid all the overdue bills, so that 36 families in his city would not have supplies cut off.

Michael back in the 1980's when he was struggling to pay bills, his gas was cut off over winter, meaning his family had no heat.

Unbeknown to Michael, the city sent out cards to all the families whose bills had been paid. The cards read, "It is our honour and privilege to inform you that your past due utility bill has been paid by Gulf Breeze Pools and Spas" (Michael's company)

"You can rest easier this holiday knowing that you have one less bill to pay."
Michael says he was inundated with messages of thanks once the cards went out. Many people have said they will pay the money forward or donate money to charity. 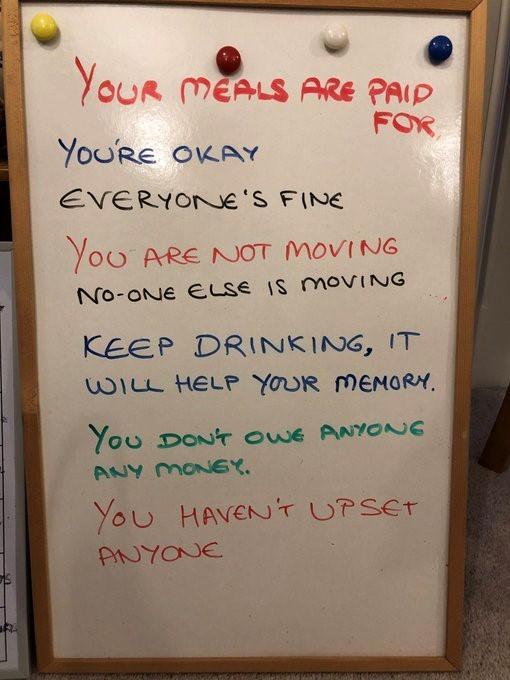 Dr Phillip Grimmer is a doctor in Wiltshire who visits people suffering from dementia. People with dementia often experience memory loss, struggling to remember things which can cause worry and stress. They can also find difficult in thinking and problem solving.

Dr Grimmer was visiting one patient and saw this board on the wall that the patient's daughter had written to reassure her. The daughter said the board helped to reduce anxious phone calls from her Mum.

Dr Grimmer put the picture on twitter and got over 7000 likes. he said the board was, "caring, reassuring and sensible - it's just such a simple idea."

Lots of doctors commented on the picture. One said, "I have seen people talk down to those with dementia, which is just not right. they are still adults who know when they are being treated differently."

"People just do not know how to interact with them. It takes patience." 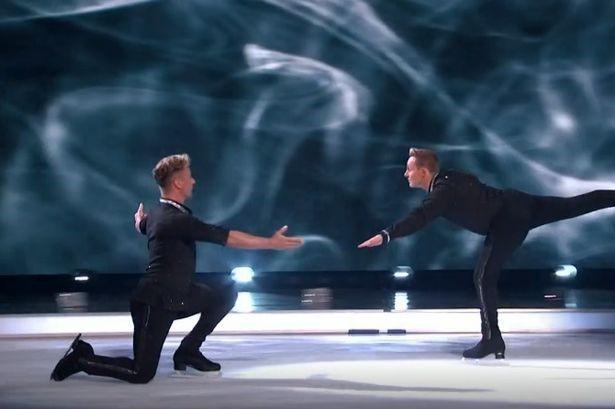 Two men competed in "Dancing On Ice" as a couple for the first time in the show this week. It is the first time a same-sex pair have competed in a show like this on TV. There has never been a competing same-sex couple on the ballroom dancing show Strictly, which has been running for 17 years.  One of the pair, Ian H Watkins, said after the show, "We've shown two men can perform together." "The world is ready for this."

Matt Evers, the professional skater said, "Thank you to everyone at home that is accepting of this because this is normal. It is absolutely normal."

Unfortunately not the ones with chocolate chips.

Some cookies are necessary in order to make this website function correctly. These are set by default and whilst you can block or delete them by changing your browser settings, some functionality such as being able to log in to the website will not work if you do this. The necessary cookies set on this website are as follows:

Cookies that are not necessary to make the website work, but which enable additional functionality, can also be set. By default these cookies are disabled, but you can choose to enable them below: